Firstly there was the new ‘lock-down’, which was not unexpected if a little late. Secondly, the dishwasher has packed in. We think it may be the pump but are waiting for someone to have a look. Then I had the sad news that a former colleague had died.

Thankfully not the virus. Then we were hit with the snow, again not unexpected. The final kick in the nether regions came with the post yesterday. I got my “State Pension Invitation!” Another thing that was expected, but something I didn’t really think about too much. I do think it is a bit of a strange way of putting it, an “… invitation to get your State Pension“. An “invitation” to get something I’ve been working towards since 1971. Are they really expecting me to pass on it?

Many people thing I have retired already. However, leaving the Council back in 2016, was actually a form of  Voluntary Redundancy. They called it the “Early Leavers Initiative” or ELI. It was basically redundancy with the ability to take a slightly reduced workplace pension early. Everything just fell into place at the time and with the rumours of compulsory redundancy in the air, it was the right thing to do … jump before I was pushed.

I finally finished the piece of knitting I had been working on for the past two months. It’s called a “Step Shawl”, but it’s more like a neck warmer than a shawl. I used Aran yarn on 3.5mm straight needles. It got a bit tricky towards the end as I nearly had too many stitches and should have changed to circulars needles. I’ll know next time. I had started this pattern before using some 4ply and had managed to knit six ‘steps’ before it accidently fell off my lap, dropping four stitches which ran to the beginning of the piece. After advice from fellow knitters, I added a ‘life-line’ every couple of steps, just in case. I’m quite pleased with it, but I’ve no idea what to do next.

Well, it’s been 18 months now since I took the plunge and ‘volunteered’ for early retirement, or as it turned out to be voluntary redundancy. It does seem a lot longer since I was driving into the City centre multi-storey car park. To be honest, it has not really gone according to the vague plan I had formulated, in my head during the few months leading up to my last day. I had sort of thought that I could:

None have really materialised with the exception of number 5. Okay, I did paint the staircase, and I have done a bit(?) in the garden. But that’s about it. I’m still looking for a part-time job, but K*** seems to think that I have made my options in that area, too narrow. I don’t want too many hours and I want it local.

I thought I would get bored very quickly, but that has not happened. I thought that we would not be able to live on the pension I was getting. Altering where we shop for most our groceries has eased that pressure. So basically, at the moment we seem to be okay.

The latest Windows update became available for me yesterday. About 2pm I checked and it was available. So I began the update process. It finally finished at around 7:30pm. This is the reason I did not post this at

the time I wanted. I’ve had a quick look, and the only thing that seems to be a ‘new’ feature is that I now have a nearly full “F:\drive” that wasn’t there before. As I understand, and I may be wrong, but this new drive is the location for the recovery data. I think it used to be in a folder, but it seems that Microsoft now wants it in a separate partition. This is fine if there is sufficient space. I believe 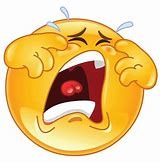 that this partition will mysteriously be removed in 10 days, which is a little unnerving. With working in an IT support team before I retired, I tend to read up on the major updates to see what ‘exciting new features’ I am about to receive. I only half-heartedly did it this time, but I think that will change for next time. The problem is, that since Microsoft decided to move towards Windows being provided as a service, there is no choice but to update when they tell you.

I am now updating my other laptop. It’s been going 1 hour and seems to be proceeding faster than the previous time. Wish me luck.

Update to Windows update:- The second laptop only took just under 4 hours to run, so a slight improvement there. The issue with the new “F:\drive” has been resolved. I trawled the internet with no luck, then had this brain-wave … ask the Windows community. Within minutes, literally less than 5 minutes it was solved and the drive is no longer visible. It was a Recovery drive, but it should not have been visible. If anyone has got the same issue, I am going to post the answer as a separate post.