The big day arrived and the so called ‘newsome twosome’ started. I have no idea who came up with the name ‘newsome twosome’ but it did seem to fit. The fears we had, with neither ever working in a hospital kitchen

were soon discredited. It turned out that C***s had been the Head Cook at an army barracks and P*m had worked for 10 years as a cook in the Royal Air Force. Both seemed to have good skills and soon blended in with the rest of the kitchen. C***s was appointed as the Kitchen Superintendent and always seemed quite easy going. P*m got the Assistant Head job and so became my so called ‘running mate’. She was not as laid back as C***s and this caused a few tensions among some of the staff. You will know the type, criticising everything that she did, but they didn’t have the courage to apply for the job themselves. However, we were now a team again.

Everything plodded along quite uneventfully for a couple of years. A few initiatives came and went, but I began to notice 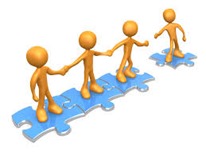 that whenever opportunities arose, I appeared to be the preferred choice.  A prime example was when management decided to update and change the menus in the staff dining room. All the kitchen staff were asked to come up with ideas, even the Porters and Kitchen Assistants were included. But when the ideas were pooled, it was C***s and me that were invited to take the discussions further. P*m and the Head Cook were side-lined a little. C***s and I tried to include them but we both felt at least one had taken her ‘bat home’  and was a bit more negative than the other. The Head Cook seemed to just be along for the ride. Never offering advice or criticism and his ‘safety phrase’ was “That sounds nice!”

The new menus were decided on and things seemed to be getting back to normal. Then the next bombshell hit.

The Head Cook announced that he was going to retire. We knew it was coming, but he had never

divulged his actual age or the date of his birthday so we didn’t really know when. He had not taken any of his leave so he used his three weeks holiday entitlement as the bulk of his notice. He had asked the Catering Manager not to tell anyone until he had started his leave, as he didn’t want any fuss. C***s knew, but both P*m and me found out on his last day. After the initial shock, both of us realised that the battle to succeed him was on. Although initially it was a good natured battle, the days leading up to the interview day got a little fraught and tempers spilled over sometimes.

One thought on “From then to now … more of the same”