Well, I’m having a ‘trial’ day on the 10th and the words were “…to see how you cope, then we’ll go from there…” When I asked about a start date if successful, he told me that I’ll “…just carry on…” and finished with “…we’ll both know after a couple of weeks…” We shook hands and I left feeling both slightly bemused and pleasantly proud.

It was the strangest interview I have ever been in. He first asked why I wanted the particular job, which I explained that the hours, type of work and location were what I had been looking for. He then went on to explain about 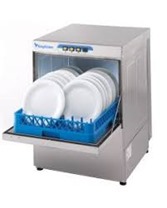 the place, its history and what he was wanting to do in the future. I then got a ‘tour’ of the kitchen, which was tiny, followed by a demonstration of how to use the dishwasher and an explanation of how hot it gets. He asked me if I had any questions, and that was it. No references, no reflection time, no “I’ll get back to you when I’ve seen the others” type of phrase, just “ See you on the 10th!” So the 10th it is. To be honest, apart from the size of the kitchen (two chefs, one porter and a waitress or two could get a bit cosy!), I don’t see I’m going to have too much of a problem, but time will tell.

Cats! Or more specifically, what cats like to leave in our garden. Three times this week K*** has had the unenviable task of removing cat mess from the flower bed at the front of the house. It seems that there are three cats in the close neighbourhood and I think I have narrowed it down to just one of them. It usually happens at night or early morning and the smell can be very offensive. We’ve put down coffee grinds which is supposed to deter them, but a slight shower and the effectiveness appears to wear off.

What I fail to grasp is why are cats any different to dogs when it comes to fouling? Most dog owners control their pets when they are outside, but cat owners seems to have a different attitude. Most of them just open their doors and let the animal out without any control whatsoever. The cat then can go wherever it wants and do whatever it wants. It seems wrong to me.