This was a post on LinkedIn with the hashtag #what did I want to be when I was 15 and I thought it would be good here too.

The year is 1970 and I’ve just had my 15th birthday, literally and I’m in the deputy head’s office for a c 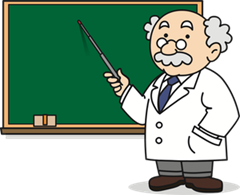 hat with the careers master. It’s coming up to the end of my 4th year and this is where I’ll find out if I’m going to the 5th year or not. In those days, if you were considered ‘bright enough’ you could go on for a further year and then possibly a 6th year at another school. This did not happen to many kids at my school.

Up to this day, I fancied being an architect, but I’ve just been told that I am not creative enough for that job and should think of something else. The deputy head is the Technical Drawing (TD) teacher and also the class teacher for year 5. He suggests that as I have a knack for TD, then a draughtsman could be a good choice. So that was my choice, a draughtsman. Taking the architects ideas and putting them down in a detailed drawing. Sorted.

Moving on to January 1971 and the results of my CSE (Certificate of Secondary Education) mocks indicate that the 3 grade 2s and 1 grade 1, I needed for Technical College, are not going to be forthcoming. So, there is another meeting with the deputy head where I must make another career choice. Just like that. I did have a second choice, which was catering, and that is where I ended up. I was always disappointed that my first choice was side-lined, as I did get the grades I would have needed.

Whenever I talk or write about my schooldays it never fails to invoke laughter, especially

among the younger people. They cannot believe some of the things that happened way back in the 1960’s and early 1970’s. You tell them about the punishments that were handed out and they are amazed. One English teacher used to have small flat bat, which was called “Heat For The Seat”. You can probably imagine what use it was put to.

2 thoughts on “Career, what career?”