It’s beginning to get a little annoying now. This morning I got the second spoof email purporting to come from PayPal. Yesterdays was quite convincing if it had not been for the two spelling mistakes. 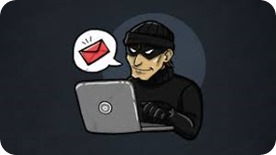 A casual reader may not have spotted ‘bellow’ instead of ‘below’ and ‘passwurd’ instead of password. Inviting me to click on the  link ‘bellow’ to cancel the payment and change my ‘passwurd as a precaution. They had managed to get my email right, but did not include the usual checks that PayPal have in place. Todays was just an obvious spoof. Easily spotted by the way it was addressed “Dear (insert username here)‘” at the beginning of the email text

Now after working in an IT scenario for a number of years, I’ve become quite adept at spotting when an email looks wrong, but many people would have believed the first one. I have heard of people clicking these types of links and getting their personal payment details stolen.

Of course I report these kind of phishing emails, but I’m not sure anything gets done. I usually get an email back, a day or so later thanking me for reporting them and advising me to check my account an change my password. I add the address to my blocked list but the next time it will come from a different address. K*** gets many emails that look like they have come from AT&T that are fake. Usually start with “ATTCustomerCare@”, but then the next part of the address is so obviously false. Again, I have reported these to AT&T, but they don’t even respond. All a little annoying.

Update – I have just had a reply about the second spoof email. Even though there was over 100 intended recipients and even though the email was addressed badly, PayPal have deemed it not the be fraudulent. I have asked them to take another look.