Let’s start with the title of this post shall we? Tomorrow, 20th April 2015 I will reach a milestone in my life. The day will see me hit 60 years old! And in reply to all those kind people ….. yes I do look it and at times I do feel it. So that’s that out of the way. 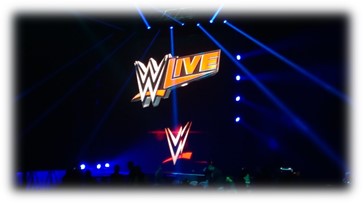 For an early birthday present, S**** took me to see the wrestling at WWE Live. It took place at the Leeds First Direct Arena, which is a fairly new venue. Although I love watching the wrestling, the thought of going to see it live was something, I had never really considered. So it was a bit of a surprise when he produced the tickets. To be honest, K*** bought mine and he bought his own, but the thought was his. I really enjoyed it. It was great to see some of the big names in the wrestling world. The seats were good, and we both had a good view of all the action. I know it’s all scripted and it is more of a pantomime that a sporting event, but it is very entertaining. The atmosphere was amazing, and I have to say, I did get into it quite a bit. Even the two kids right behind me that were joining in, with very annoying voices added to the whole enjoyment of the event.

It was good to spend some time with S**** as father and son. It has been a while since we did anything together. We used to go to the local pub for the ‘Quiz Night’ every Tuesday, but that stopped when one night R*** flipped and K*** struggled to cope with it.

But, the day was not without its problems. I needed to get some cash as the ticket machines in the car park would not accept my debit card, so tried to use the nearest ATM. Again, my debit card was not accepted, not even to obtain a balance. Luckily, I had a card for another account with me, so all was not lost. However, it did nag me a little, and I could only put it down to my card being damaged or something.

When I got home, I checked my account on the website, to find that there had been two unknown transactions for $200.00. A swift panic call to the bank, quickly sorted the issue out. It seems that a clone of my card had been used in New York on the 10th. The bank had picked it up as a potential fraud, as they said that the time difference between the last use in England and the use in New York was too short and when the second transaction was made, the card was blocked.

I now have a new card and the cash has been refunded, so all’s well. 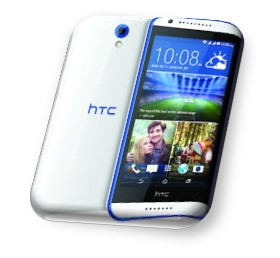 Remember me talking about my mobile phone? I was going to get a Windows phone. I was still not sure about changing operation systems, but when I talked to the sales person about the phone, he advised that “…. We no longer stock that model, because of the issues with it….” There was no mention of what issues they had, but it made the decision for me. I had another phone in mind and I was kind of hoping they would be out of stock of the Windows phone. So in the end I settled for an HTC. I went with the HTC Desire 620. I have had an HTC phone before and was very pleased with it. Up to press, I am very satisfied with this one too.

I was a bit worried about the new contract though. It cost slightly more (the provider has changed all the ‘plans’) and has only a 2gb data allowance. My previous contract had unlimited data, and although I checked my data usage and found it never went above 1gb in the whole 2 years. I was still concerned that I may be losing out. I am monitoring it and well within the limit. I have not used the internet as much as before, so it might take a couple of months before I’m sure I have enough.

And now, a question. Why, when the road sign indicates a 50 miles per hour speed limit, do some drivers think that it means ‘drive at a speed between 30mph and 40mph’? It happens all the time. The major road

when where we live to the centre of Leeds, is an ‘A’ road and for a great deal of it the speed limit is 50mph. You never actually get to that speed! There is always some driver that, for whatever reason drives slower than that. It’s not an age thing or a gender thing. It’s not just at 50mph it happens. Many times on a 30mph road, does one driver takes it to mean 22mph. Do these people own the road? Do they apply some complicated mathematical formula that calculates the speed for them? Or are they simply just inconsiderate drivers? I tend to think the latter applies. Rant over!

Finally, does this theme work? I have struggled a little with themes for this blog, as I never really know if it looks right. I think it does, but I’m not the reader. Would be interesting to know your views.